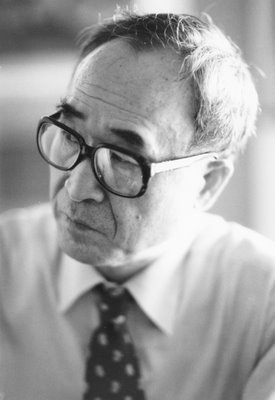 Born in 1933, Ko Un is a former Zen monk, a former prisoner, and a poet. Here we sample from, his web site:

There, on the page called "Ko Un on Ko Un", he writes:

For instance, who today would contradict someone who insists that the death of codes brings life to a poem, as in the case of the different numbers on freight trains waiting in line at Daejeon Station, whose numbers are no longer a code but a poem.

It is in this context that I reject the recent trend of interpreting a poem as text. There is no such thing as a poem that can simply be seen as a text. No poem can stay on a desk or an Internet screen. Poems do not exist in material anthologies.

The universe and space, the imensities of time are the stage for poems. Even a very short love song or elegy is a poem of the universe. That explains why poems should faithfully fulfill their public obligations to the world. 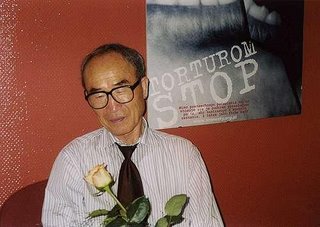 On the page "Who is Ko Un?", Robert Hass has written:

Ko Un is a remarkable poet and one of the heroes of human freedom in this half century, a religious poet who got tangled by accident in the terrible accidents of modern history. But he is somebody who has been equal to the task, a feat rare among human beings.

On the "Chronology" page, after a section on Ko Un's former lives, we find this for the year 1942:

By the time he was eight, he had already studied classical Chinese texts that even much older children usually had difficulty in mastering. In 1942 when he was in grade three, his Japanese headmaster asked him what he hoped to become in the future and got the answer, 'The Emperor of Japan.' Ko Un was severely punished for this effrontery.

Before the war was over, in 1952, he joined the Buddhist clergy and became the recognized disciple of the great monk Hyobong. For the next ten years he lived a life of Zen meditation, always on the move. He traveled the whole country, living by alms.

From his page "What They Say About Ko Un", we are linked here to discover three of his poems:

and find a link to this, copied from Korean Culture Magazine from Spring 1999: 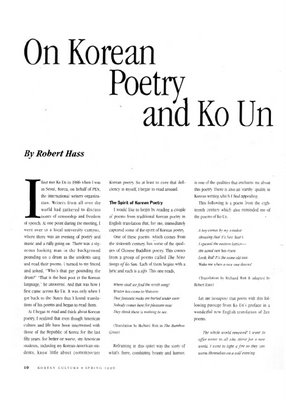 and this, copied from The Washington Post's "Poet's Choice" of January 4, 1998; which contains the poem "The woman from Sonjae" by Ko Un, translated by Brother Anthony of Taiza and Young Moo-Kim, and with discussion by Robert Hass: 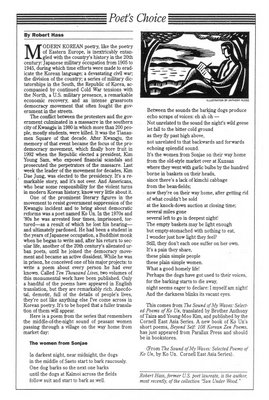 He has several more sections, but the one I especially want to note is "Works in Translation" where at each translated compilation's page, there are poems that pop up with a click into windows that perfectly fit the poem on its nicely done background. For instance, from Beyond Self--108 Korean Zen Poems pops

and from Morning Dew pops

Here are his most recent poetry volumes, translated into English: 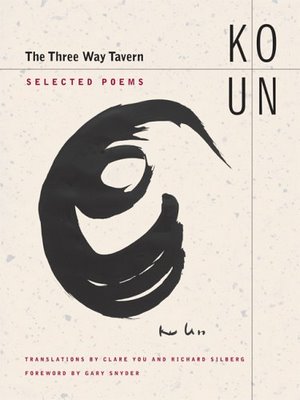 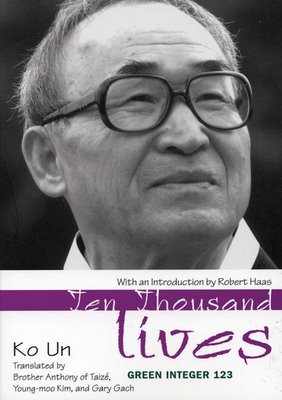 I checked out your links to Ko Un's poems, and I was really impressed. I was also interested in the fact that he is a monk, a deeply spiritual path in life.

Some of them are really short but unique; the pictures with the poems are excellent and makes it more special.

What a well-done site he has. Like you I appreciate the way his poems are presented.

If you ever get the chance to see him speak, he has a lot to give.

thanks for posting this site...i recently read an article on Ko Un in the Korean Herald and became interested as i am a poet myself...your site is well organized and well done! I am definately interested in reading his Ten Thousand Lives work. Cheers:)